STEPS Charity was established to “fill the gaps”, funding projects in the community with no available government funding and an obvious need to support those people who had been left to fall between the gaps of various government support programs.

Purely driven by the support of the surrounding community, STEPS Charity receive no government funding – in fact all of their work is funded through the generosity of those who share the charity’s vision to create a brighter future for people with a disability.

One of the charity’s major success stories has been STEPS Pathways College, an Australian first educational program that is giving young adults with a disability new hope for an independent future.

STEPS Charity are also working to support young people and families with Autism and Asperger’s Syndrome gain better access to support and services on the Sunshine Coast through STEPS Autism Treehouse.

STEPS Charity Manager Angela Harrison said the work of the charity throughout many different communities is crucial for the one in five Australians who live with a disability. It promotes equality and offers opportunities for those individuals to gain independence and improve the quality of their life.

“I wouldn’t be here, If I didn’t believe in the cause,” Ms Harrison said.

“So, it’s a very real issue. We have been serving in this space for 30 years and we get to make a real difference every single day.”

Much of the funds raised for the charity are driven through business supported social events such as the BA Murphy Constructions Race Day, Vantage Homes Trek for Autism and larger scale premier events like the annual STEPS Grand Winter Ball.

Ms Harrison said the overwhelming support of local business’ showed that STEPS Charity has the ability to speak to the hearts of many, but it also shows, that the charity is able to engage in ‘proactive partnerships’ where both parties are able to benefit from the relationship.

This type of positive partnership is achieved through a shared interest between the charity and business with mutual goals and values. Ms Harrison said that the way in which commercial business operates is beginning to change and many businesses are genuinely concerned with how they can help make a difference in their local communities.

“The majority of the people who partner with us, it’s primarily around them getting to make a difference and them making a difference in a really grand way,” Ms Harrison said.

“We are supporting young people living with a disability and partnering with organisations, it gives them an opportunity to say, ‘look I’m doing my part socially’, it helps their staff members connect with the morals and values involved, it drives staff engagement and it builds credibility for their brand.”

In 2018, STEPS Charity was able to raise more than $640 000 to change the lives of those living with a disability. Through their initiatives, they are helping more and more young people with disabilities learn to live independently and are supporting Australian families including the 190 000 families on the Sunshine Coast who have one or more children who have Autism.

Celebrating the 30th anniversary of STEPS Group Australia, Ms Harrison said members of the charity and its supporters are continually committed to helping the hundreds of Sunshine Coast residents who are supported every day through the charity’s various programs.

“Disability doesn’t discriminate it can turn up in anyone’s life at any time, whether that’s a physical disability, an intellectual disability or mental illness. If you actually stop and think about it, it probably affects someone you know, and love. We are trying to be that bridge and fill that gap for those people we love.” 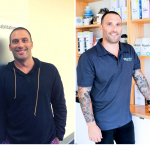 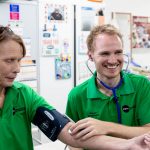