It’s the question being asked around Australia this week as we recognise R U OK? Day, a national day of action and awareness around suicide prevention and supporting people who may be struggling. And while many are asking the question, one group has decided to take it up a notch and sing it.

Local musician Kim Beckman, a Support Worker for STEPS Community Services, said his clients wanted to communicate the question ‘Are you OK?’ in a way that felt meaningful to them. With music being a popular part of the recreational activities offered to clients at STEPS Community Services in Maroochydore, it made sense that this was the space where inspiration was found for communicating the R U OK? Day message.

Kim said while participants come from a range of disabilities, something they had in common was enthusiasm and the desire to “look for something to give” when they began working together on song lyrics during a weekly music session.

“Music is one of the few things that cuts through any damaged layers of the brain and can effect healing,” Kim said. “In this case it’s really enabled people to be involved, to take ownership of their message.”

“It’s also about social inclusion and being supportive of individuals in a group. Writing it was a collaborative effort, and the song became completely their work and their words. We went with ideas about being generally aware if someone’s having a bad day while exploring rhyme and music at the same time.”

The song has a “great groove” and is fun to sing, but Kim said it’s the words that participants really connect with.

“When the song is finished the group will stand up and walk around to everyone in the room and say ‘Are you OK?’. They really connected with the catch phrase and it’s opened the door to what we are really asking and supporting further conversations.”

Looking for mental health support or joining a social group at STEPS? Contact us on 07 5456 7100.

The R U OK? Day song

Hey, what can I say?

Hey, how is your day?

If you see someone who’s feeling down

If you see someone who’s got a frown

Help them rise up, to stop feeling down

Help them get their feet back on the ground

If you see someone who’s looking mad

You can tell them it’s not that bad

What can you do, to help them get through?

I’m going to give you all a little clue 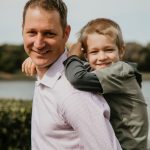 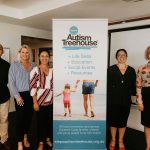